The Twilight Time Between the Years 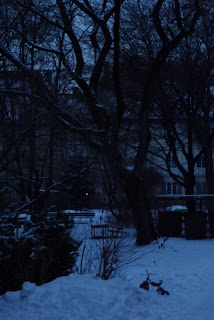 As we enter this twilight time between the end of Christmas and the beginning of the new year, I thought I’d put up a quick post.  The Germans call this period “between the years” which I find a delightful way to describe it.
It’s been a wonderful holiday time.  The boys were beside themselves the entire time – my older boy still has black circles under his eyes from lack of sleep due to the excitement leading up to the arrival of Santa Claus.  He’s 9 and his unwavering belief in Santa’s magic is magic itself to witness. 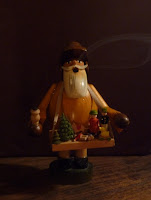 We have had lots of visits and phone calls.  Lots of good food.  Lots of snow for the boys to toboggan over and make snowmen out of and for us to take walks through.  Lots of candles.  And lots of music.
One of the things I love most about the holidays is the music.  On the afternoon of Christmas Eve, we had a neighbour and his mother (a very spry 85 year old with a mind as sharp as a tack) and a friend of theirs over for coffee.
At some point, our lady guest gestured to the piano and asked if we could sing a few carols.  So we did.  She knew all of the words to all of the verses of the German carols.  We sang a mix of German and English ones.  It was a beautiful impromptu picking up of a tradition we had going in Canada where, during the holidays, we’d have carol sings with relatives, and each year an informal Christmas concert with a few of my husband’s voice students.
We sang as my stepson, who stayed with us over Christmas, busied himself with making us a fabulous bolognaise sauce for Boxing Day. 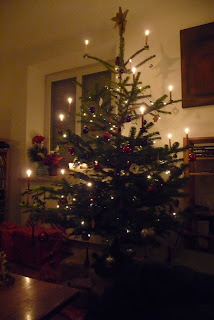 Later that evening, after the guests had left, we lit the candles on the tree.  There is nothing so profoundly silent and still as a tree with lighted candles on it – a tradition which I knew only from movies and Christmas cards until fairly recently.
The other musical highlight came on Boxing Day.  My husband was hired to sing the bass solos in Bach’s Christmas Oratorio at one of the local churches.  I, and a few others, were asked to join in the choir for the concert, which we gladly did.
I believe in the power of music to elevate us and to bring us closer to a magic and to wonders which I can’t, and don’t necessarily feel the need to, name.  Being amongst a sea of voices and some truly amazing instrumentalists, performing such divine music was a wondrous experience. 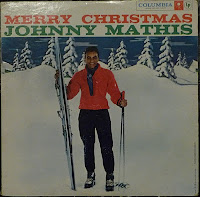 Of course, there was also lots of Johnny Mathis, Bing Crosby, Ella Fitzgerald, and Judy Garland doing their thing from the CD and record player which Christmas wouldn’t be complete without.
And now, we have the quiet time between the years, but only briefly.  In a couple of days we will be visiting with some relatives and family friends of my husband’s in Stuttgart for a few days to see in the new year.  There will be more catching up, more good food, more tobogganing, and, I hope, more music.