Bones, and stones, and an oyster shell.

First blog post in a month.  These past few weeks, I've been on Summer time:  kids at home, no fixed schedule, a visit from my mother from Canada, outings.  I've also been finding my time at the computer to be more draining than usual, so I haven't been on it as much.  I seem to have been drawn to tactile things more.

Inspired by some of the items I have around my room, I painted more paper for collages.  The neutral tones in bone and shell, the stark and sometimes surprising colours found in stones. 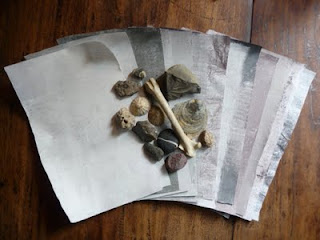 Near the beginning of the holidays, we did a 12k walk with our two boys to Kloster Schaeftlarn.  The last time I went, it was by bike.  On foot, one sees so much more. 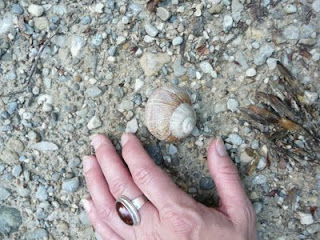 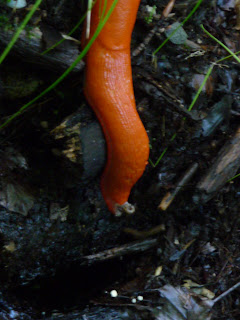 Piece of bark almost the same colour as the slug. 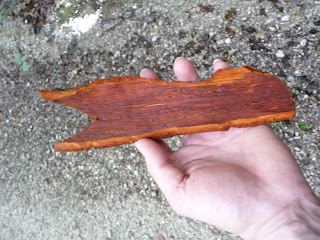 A pile of logs, waiting. 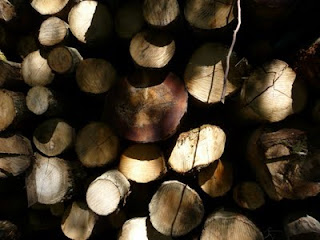 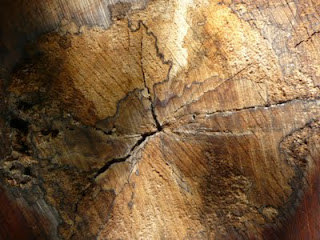 And a stone with a spiral on it which reminded me of Valerianna's gorgeous spiral paintings. 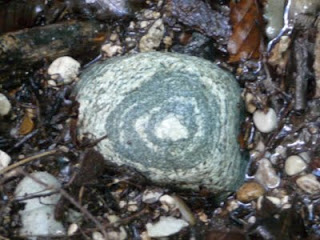 I would have taken it to add to my collection, but it was larger than a pebble and we still had a number of kilometers to go.  Besides, it looked quite comfortable where it was.

There is a stunning little late-Baroque church at Schaeftlarn which has recently undergone an extensive renovation.  It was built under the direction of J. F. Cuvillies from 1733 - 1740.  We spent a while exploring. 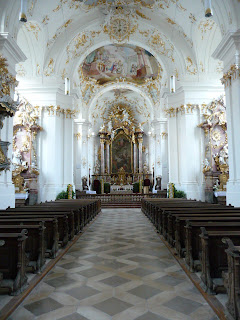 I found this little fellow at the foot of the confessional. 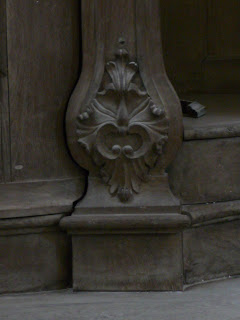 Another outing was to the beautiful mediaeval city of Regensburg.  Reminders of the Roman settlement can be found throughout the place, sometimes where you least expect it.  In this case, it's smack in the middle of one of the public underground parking lots. 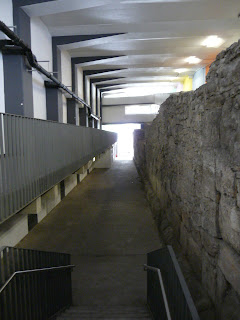 Outside, the elderberries were just turning. 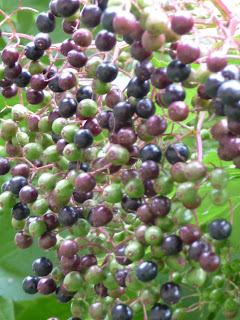 There are many churches in town.  This was a Menorite church, which is connected with the Historical Museum of the area around Regensburg.

There we met with images of death. 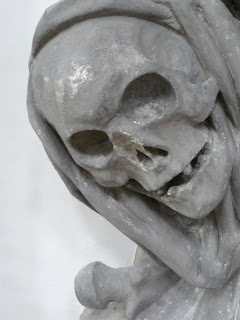 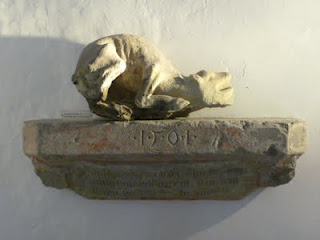 And creatures who once would have drooled water down from the Cathedral in the centre of the city. 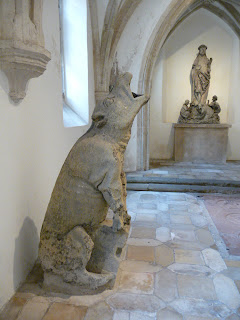 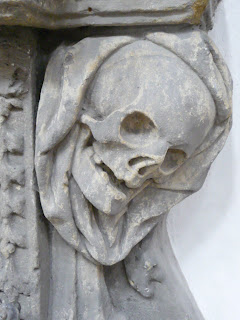 There was also a trip to the mountains south of Munich.  It was my first time in the mountains.  We took the train to a lake called Spitzingsee in the foothills of the Alps. 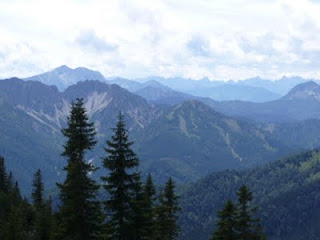 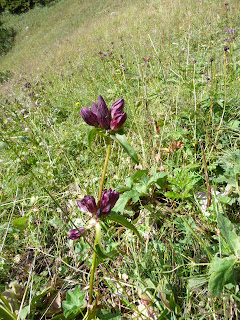 And an incredibly welcome Weissbier at the end of our hike.   I have absolutely no head for heights. 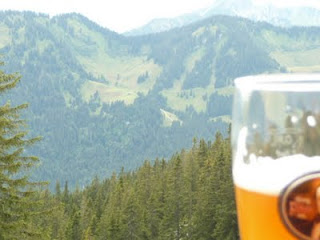 And back to work.  More paintings in their early stages.  Very early stages.  Note the Thames in the background, from a printout of a 1746 map.  A constant reminder of the manuscript which I've been neglecting. 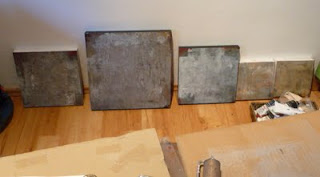 And finally, since this post doesn't seem to know where it's going or why, here's one of me.  I needed a new photo of myself for my website.  I have a bit of a problem in that I don't look like the same person in any two photos that have ever been taken of me.  The one I had put on the website a couple of months ago was the one chosen from about 150 shots my husband took of me.  (Thank heavens for digital cameras.)  In it I looked confident, professional, full of vigor and ready to take on the world.  Not a damned thing like me.  I think this one captures it a bit better. 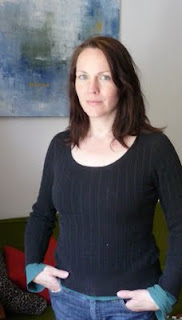 Hope everyone's having an enjoyable, creative, and productive Summer.
Posted by Lynn at 09:51