Black and White and Blue skies all over

This past week, with the city firmly back in the arms of Winter, the world was one of white-grey skies, white-beige streets, and grey-beige trees.

In this black and white, and grey and beige world, I found inspiration for my new series of abstract collages.  I had prepared scores of papers in different colours for use in these collages, but was drawn mainly to the winter coloured papers.

With abstracts, for me, the key is finding some internal unity of the elements colour, texture and form.  I found myself looking at everything around me in these terms.  Breaking them down.  Analyzing what it was I found pleasing and why.  (Much like when I read, part of me is always aware of what the author is doing, and trying to figure out why things either work or don't work for me.)

As I walked with my younger son to his soccer practice, I took pictures, looking for ideas. 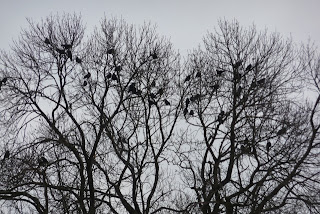 The Narnia like pathway we walk along.  Complete with lamp post, but, alas, no Mr. Tumnus.  Yet. 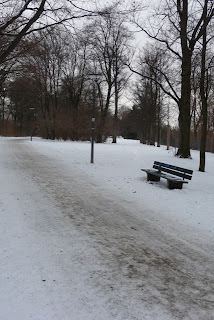 Looking for the subtle winter colours, and shapes, and forms. On the bark of a tree. 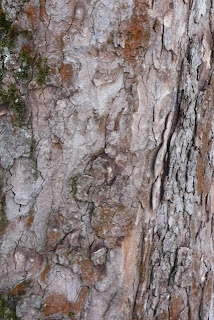 On a roof top. 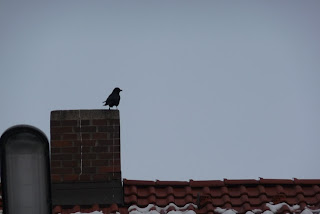 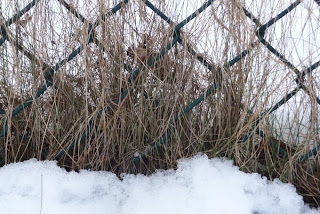 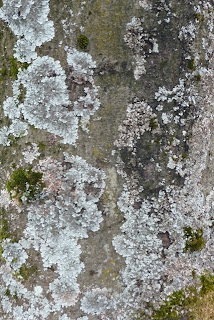 A picnic table leaning over in the snow.  Waiting. 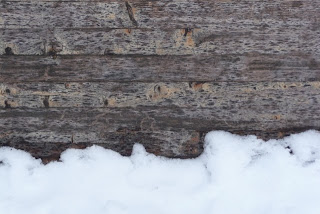 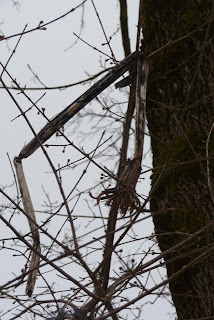 The collages are still in the works.  I was going to post a couple of pictures of them, but when it came right down to doing it, I realized that they are not ready.  Not yet. (Funny how the pressure of other eyes, can make one's own suddenly work better.)

At home on the writing front, I am also surrounded by black and white.  Apart from the actual black type on white sheets of paper, much of the research material, or inspirational material for my story is black and white.


An enlargement of the Covent Garden area of London, from Racque's 1749 map. 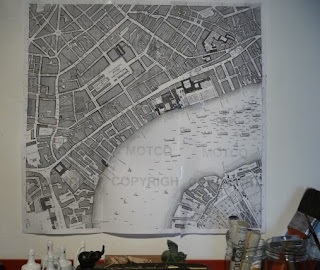 A postcard of a cheery little broadsheet depicting various scenes from the outbreak of the Plague in London, 1665.

This book has been fabulous for researching Eighteenth Century life: "Engravings by Hogarth" edited by Sean Shesgreen.  It includes many of Hogarth's fabulous engravings depicting various slices of London life.  They are so full of detail, allusion, critique, and pure theatricality.  There is a good deal of commentary, but I wish there were more.  With each picture, I'm aware of how much I'm missing - not being of that time, or a scholar of that time. 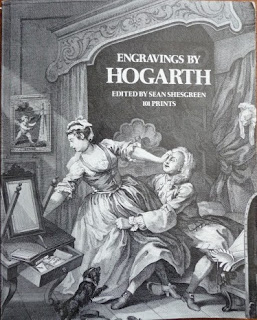 One of the most interesting to me now is this one: Southwark Fair 1733-34. 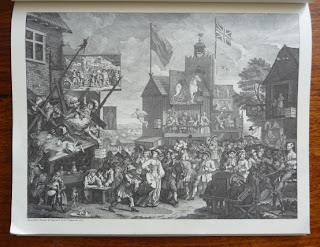 The biography of Charlotte Charke, by Kathryn Shevelow - which I mentioned a couple of posts ago - makes reference to this print.  This print is now thought to be of Bartholomew Fair, 1733, and the player dressed as a Roman slightly right of centre who's being accosted by a pair of bailiffs, is thought, by some, to be Charlotte.

Hogarth's prints, in conjunction with other reading sources, are proving invaluable.  And such incredible fun.  They are Shakespearean in their scope and eye for detail - not to mention bawdy humour.

I'm finding that my story is running along very well now.  The city of London is growing almost as a character itself, which is incredibly exciting, and which is in turn giving my characters all sorts of interesting dilemmas and curve-balls.  It looks as though I will meet my April 1 deadline for the first draft.  (A good day for my deadline, I think.)


Hanging over my writing desk is this, my Muse.  A postcard (I have a thing for postcards) of a Roman copy of a Greek Head of an Amazon.  So quietly contemplative.  Embodying both strength and softness.  She can by found in the Glyptothek Museum  in Munich.  It's my favourite museum here.  The building itself is beautiful and the collection of Greek and Roman statuary is wonderful.

And now, what it looks like out my window today.  Gone are the grey skies.  Gone is much of the snow.  I ran an errand on my bike for the first time in weeks.  The snow drops are blooming and there is the smell and feel of Spring in the air. 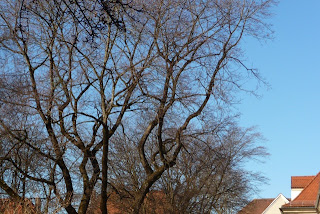 I have a feeling this is going to change the direction of my collages and paintings - yet again. 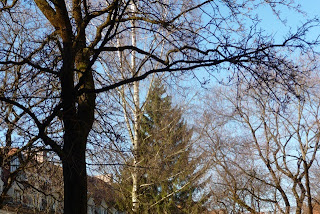