What salt and Nazi loot have in common.

We spent five nights at the end of the Summer in a mill in Austria.  Unfortunately the wheel no longer works, but the stream runs and sings - loud and playful - along side it. 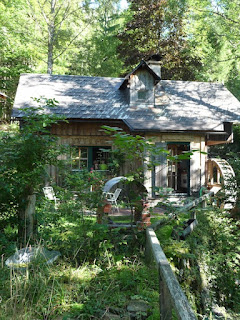 We were nestled in the Totes Gebirge - or the Dead Mountains.  Everywhere we looked, we found enchantment, mysteries, and stories. 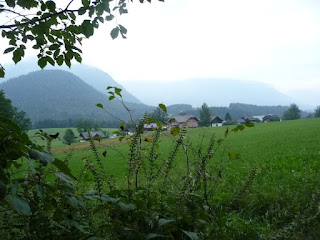 The mountains were ever changing as the sun played with shadows and the clouds fell down as mist. 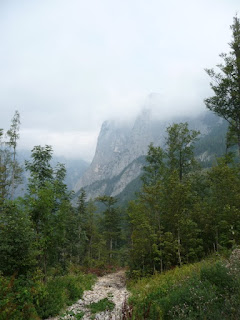 I don't have a great affinity for mountains, but here, there was an eerie beauty which quite captivated me. 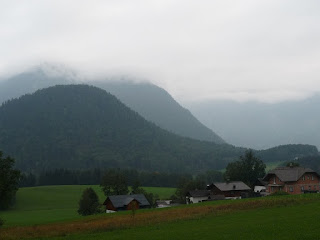 The area, known as the Salzkammergut, is famous for its salt mines. 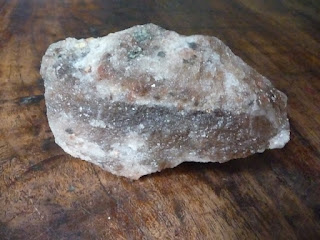 Hallstatt, the most famous site, is also the oldest.  Salt was mined there from seven thousand years ago.  It gives its name to the late Bronze age / early Iron Age Celtic civilization. 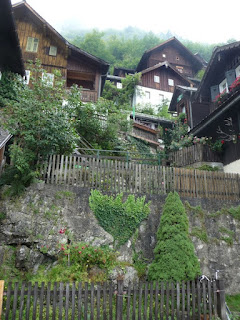 We didn't do a tour of the mine there, now defunct.  Instead, we went to a nearby mine at Altaussee where they have been mining since the twelfth century.  One of the mines is still in operation.

We walked 700 meters into the heart of the mountain. 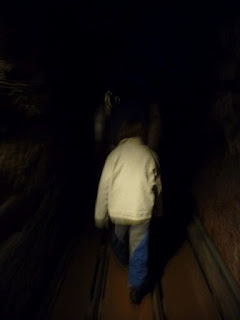 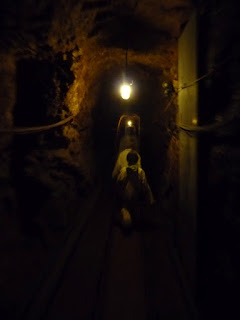 The temperature is a constant 7 degrees and the humidity 60 %.  There's a chapel for the miners with bricks of salt lit from behind. 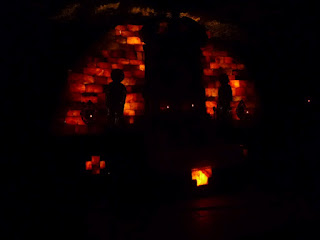 In this chapel is a 17th century oil painting.  It is in perfect condition and has never been restored.  The colours are rich and vibrant in spite of having been down there for many a year.

When this was discovered during the years of the Second World War, the Nazis decided to use one of the chambers in the mine to hoard thousands of paintings they had "procured."

We were amazed to sit in the very room where the pilfered works of Michelangelo, Jan Van Eyck, Vermeer, just to name a few, lay during the war years.  But we were even more amazed when we were told that at the end of the war, the Nazis had decided that it was better the works be destroyed than fall into the hands of the Allies.  So, bombs hidden in crates labeled as marble statuary were brought in and guards were stationed so that the miners wouldn't get wind of what was going on.  Luckily, in the last minute, the plot was uncovered and foiled.  According to the tour guide it was due to the brave and single handed work of the miners, however another source we read states that it was more complex than that, and was due to the intervention of a party official.  Whatever the truth, it makes for a fabulous story.

Back in the open, we took many hikes.  Past caves with the remnants of fires in them. 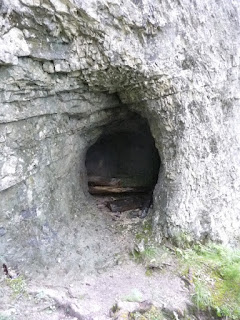 Houses that grew directly from the earth. 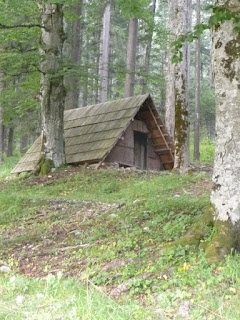 Houses with trees growing from their roofs. 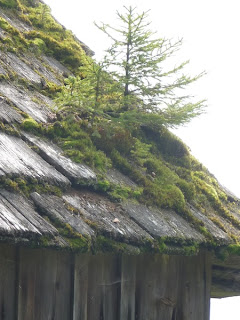 And trees that looked like gigantic chicken's feet.  I thought if I looked up, I'd see Baba Yaga grinning down at me. 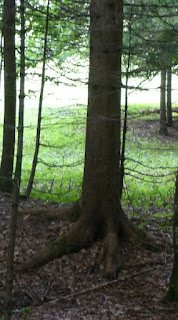 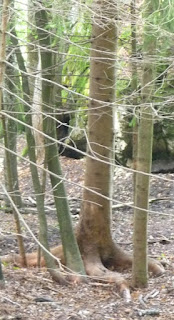 The roots of trees gripping rocks, twined together in death. Boulders that looked as though they would speak if only I knew the right thing to say to them. 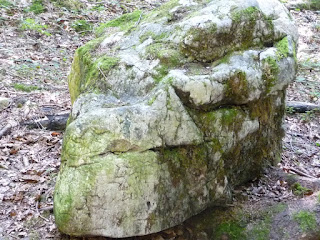 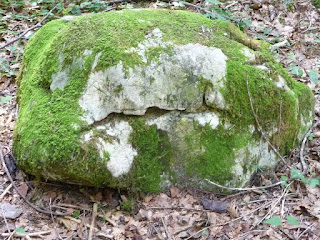 Our mill was near a town and lake called Grundlsee.  It's the first and largest in a chain of three lakes, the other two being the Toplizsee and Kammersee.  As you progress towards the tiny Kammersee, sheer rock cliffs rise on either side ending in a natural cul-de-sac.  There's only one way in and out.

It was here that many Nazi officials made their holiday homes during the war and retreated to at the end of the war.  To this day, divers have risked - and sometimes lost - their lives attempting to reach the depths of Toplizsee looking for the legendary Nazi gold.  No easy task since the lake is over 100 meters deep, and has a "false bottom" of logs some 50 meters down which is extremely dangerous to pass through.

The Nazis were known to have used the lake as a test site for various weapons: bombs, torpedoes, and some believe, nuclear devices.  It is also the site where they dumped the counterfeiting plates and crates of phony pound notes, once Operation Bernhard was discovered.  Fake notes have been washing up from time to time ever since.  The stuff of stories.  Perhaps my imagination was tainted by these stories - which I had no idea of before our trip - but when we took a boat ride over the Toplizsee there was the strong sense of the lake being unpleasantly haunted. 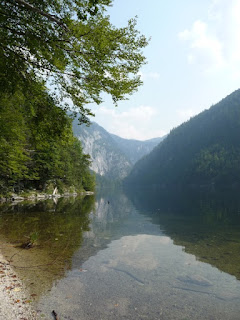 Since returning home, my head's been just about bursting with story inspiration.  But that will have to wait a while.  For now, I'm back to painting and collage.  I'm starting on a series of small collages (15 x 15 cm.) to put up on my Etsy shop soon.

They are made of fragments of old letters, 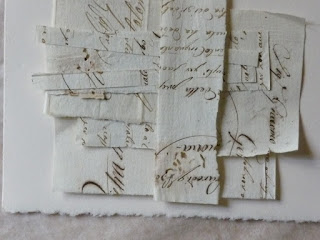 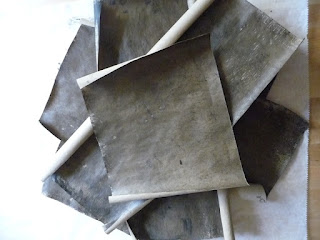 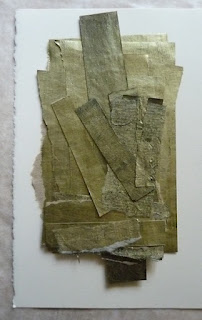 Flowers and leaves I pressed this Summer and last Fall. 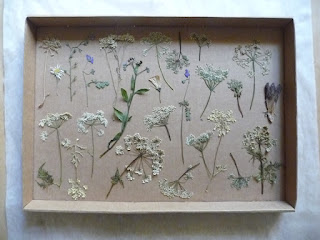 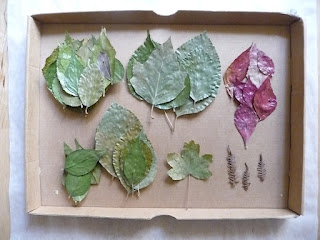 They remind me of the past.  Of secrets.  Of impenetrable mysteries. 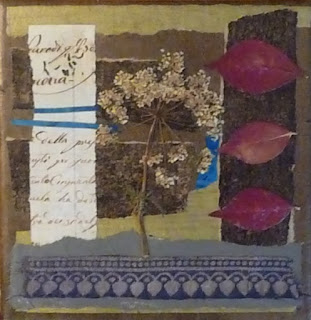 The stuff of stories indeed.